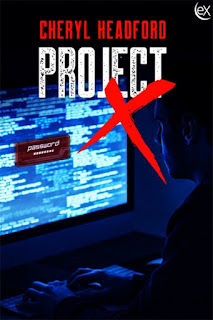 Today Promote Me Please After Dark welcomes Cheryl Headford and her brand new release Project X. Morgan Bentley is a bastard. Matthew knows this absolutely—until he doesn’t. Matthew and his friend Cory are thrilled to attend one of the most prestigious universities in the UK. On their pre-entry visit, they met Morgan Bentley and his stuck-up friends. Matthew takes an instant dislike to the arrogant, conceited, self-obsessed, beautiful, intelligent, and charismatic boy. Throughout the next year, Matthew harbours his dislike, never missing the opportunity to complain to his best friend, Cory, what a bastard Morgan is. Then, an unexpected turn of events catapults Matthew, Morgan, and Cory into a nightmare, and all the things Cory had said about Matthew’s true feelings about Morgan come crashing down on his head, and he realises that what he thought was hatred and anger was, in fact, growing attraction and begrudging admiration. But when the deadly nature of the elusive Project X
3 comments
Read more

Promote Me Please After Dark welcomes Maggie Blackbird to talk about her new book SANCTIFIED Where’d those characters come from? Coming up with the concept and characters for Sanctified was quite easy.   It’s the third book in the Matawapit Family Series .   Each book can be read as a standalone, but there is an underlying series arc since the Kabatay family is the Matawapit family’s main antagonist.   Especially big brother Clayton who is every inch the culturally traditional Ojibway.   Although the Kabatays aren’t quite as prominent in Redeemed , book two, they do make a few appearances, and they do fuel the underlying series arc. When it came time to write eldest son Jude’s story, having him fall in love with the youngest Kabatay, Raven, was a no-brainer.   Raven makes a brief appearance in Blessed , book one, but she doesn’t have a speaking roll until book two, Redeemed , since Raven and the hero for book two, Adam, have a history.   No, not that kind of history L
1 comment
Read more 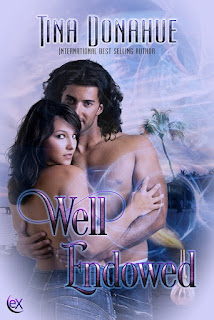 WELL ENDOWED EROTIC PNR - ROM COM Ever wonder what it would be like to have your own jinn? Great, huh? The wishes. The riches. The problems. Yep. That's what Cari faces when she inherits Jez. As an alpha jinn, he refuses to serve anyone but a man. As far as he's concerned, she's only good for some hot and heavy loving. Hmm. She believes otherwise and shows him just who has the upper hand. Let the battle of the sexes begin... EXTASY: https://www.extasybooks.com/product/product/?product_id=6470&search=well%20endowed&sub_category=1 AMAZON: https://www.amazon.com/Well-Endowed-Tina-Donahue-ebook/dp/B07VH7MX1S/ref=sr_1_1?keywords=Well+Endowed+tina+donahue&qid=1563992798&s=books&sr=1-1 Blurb: Where there’s a will, there’s wicked fun…  Drowning in bad luck, Cari doesn’t know where to turn when the unexpected happens. A loyal customer at her Key West café has left her an inheritance. She hopes for cash to save
1 comment
Read more 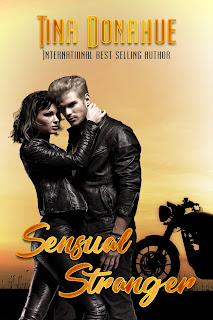 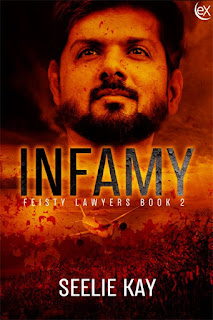 Today let's welcome Seelie Kay back to Promote Me Please with her brand new book: INFAMY To share this post, use the permanent tiny-url https://tinyurl.com/PMPINFAMY PROMO SHEET:   Infamy by Seelie Kay Release Date: Jan. 4, 2019 Publisher: Extasy Books Romantic Suspense, three flames An Interview with Seelie Kay: Q.   Why do you write romance? Because I am fascinated by the games people play to find and secure a lasting relationship, which is not always love. There’s the chase, the courtship, the falling, the surrender. That’s what I try to capture in my stories. Q.   Do you prefer a certain type of romantic hero? I adore smart, dashing gentlemen who aren’t afraid to live on the edge. They can be a bad boy, a billionaire, a prince, or a secret agent. That hint of danger just hooks me! However, I also love strong, independent women who aren’t afraid to fight for what they want, even love. Q.   Why did you write “Infamy?” The characters f
1 comment
Read more 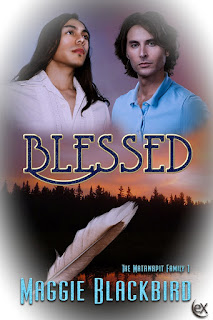 Today we have Maggie Blackbird to answer some questions about her new book BLESSED. Be sure to scroll down for some useful links! Q.1. Blessed is an intriguing title. Did you have much trouble coming up with it?   A.1. It's an Elton John song.  I chose it when Emery's father had a POV in the story, and before I gave Emery a brother and sister.  I kept the title because it was appropriate for Darryl and Emery's relationship. Q.2. Can you describe your heroes with three words each?   A.2. I sure can.  Darryl Keejik:  Passionate, emotional, driven.  Emery Matawapit:  Logical, level-headed, reserved. Q.3. Elevator pitch! Will you give us 25 words or so of logline?   A.3. A mixed-blood Catholic seminarian struggles to discern his true calling:  the priesthood or his ex-lover, a proud but damaged Ojibway man. Q.4. What do you love best about writing romance?   A.4. Developing the characters and their conflict.  And of course writing their resolution.  It's
Post a comment
Read more
More posts